Board of Trustees Member- Kosrae represent

Board of Trustees Member- Kosrae represent 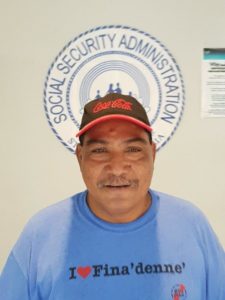 Mr. Nena C. Ned of Kosrae State was confirmed by the FSM 20th Congress to serve as member of the Federated States of Micronesia Social Security Board of Trustees, representing the state of Kosrae. Pursuant to section 701 of Title 53 of the Code of the Federated States of Micronesia, the President shall appoint the members of the Board of Trustees for the FSM Social Security Board, subject to the advice and consent of congress. Mr. Ned has professional experience and qualifications which make him a suitable candidate to serve as a member of the FSM Social Security Board of Trustees. He was once a long time member of the program Board of Trustees in 1997 to 2003. Mr. Ned not only served as Board member to FSMSSA, but also to other entities in both the State and National level back then. Additionally, he had worked for the nation ever since 1980’s and presently he is the General Manager for Kosrae State Terminal & Stevedoring Company. Obviously, he had been serving the FSM and State government for a long time now. Mr. Nena Ned owns a Bachelor of Science Degree in Criminal Justice along with other certifications of accomplishments. Personally, Mr. Ned’s hobbies include fishing and baseball.