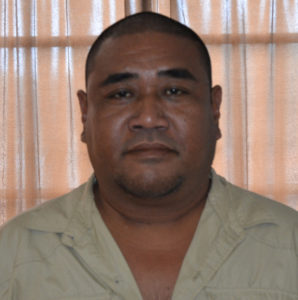 The position of Chuuk Branch Manager was vacant beginning of June 2018 due to the retirement of previous Manager, Mr. Domingko Asor. After a careful selection done by FSMSSA administration, Mr. Jimmy Mori was fortunate to be the individual that best suits the position. His qualifications and especially experience of work in the field of Social Security terms exceeds, leading him to become the new Branch Manager. Mr. Mori was hired at Chuuk Branch Social Security office on November 19, 2001, as the Technical Specialist. He was tasked to be the Assistant Branch Manager for a while until he became the Branch Manager on June 18, 2018. Jimmy had shown dedication and effort in his line of work ever since he began serving the system. With all that, all was paid off that he is now the new Chuuk Branch Manager. Jimmy is a very outgoing and caring person with a personality that shines among his family, friends and colleagues. He has a heart to serve the elders of the FSM, especially the beneficiaries of Social Security. FSMSSA congratulates new Chuuk Branch Manager, Mr. Jimmy Mori.